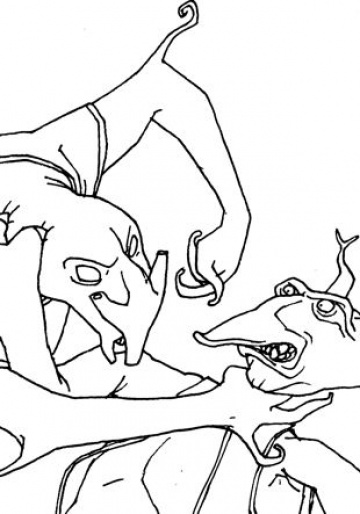 While I designed nearly all the human characters in the series; there was a group of artists for the aliens design, who completed the designs that were needed. I remember the Australian Matt Thompson, whose drawing was clean and elegant; and some notebooks on which he drew very funny little monsters. Nevertheless, I made 400 aliens designs.

Game: There is a difference between images 9 and 10 in the gallery (the last two in B&W.) It is a shot of the film leader of the series. The first one was censored "by the highest circles" and I had to "operate" exactly as it can be seen in the second one.