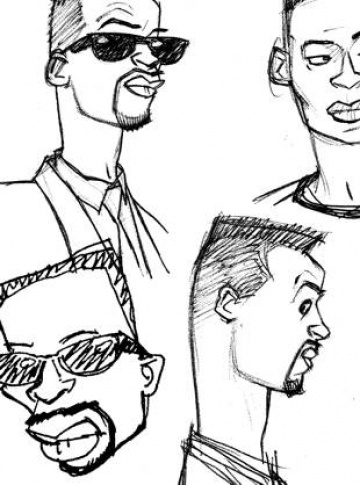 The first designs were somewhat erratic. In the contract negotiation, I had asked designing the main characters, too; without having to look like to the actors in the film with real image. The proposal was accepted, so the initial work process with Kay and Jay was somehow thorny: we were too many people thinking. Boss Zed was accepted since the first proposal, and Agent Elle underwent very little alterations. It was also difficult with the dog Frank the Pug out to my ignorance: I didnt know that dog breed, which was already popular in U.S.A. by that time and that would be, years afterwards, also known in Europe. My first models always resembled a boxer or a bulldog.