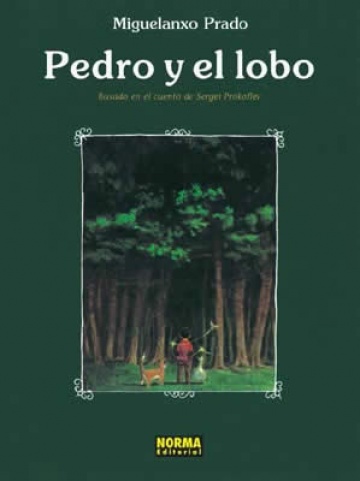 "Peter and the wolf"

This version of Peter and the wolf is my first book -and, by now, the only one- supposedly aimed at childrens audience. But I made it from the perspective of an adult who evokes feelings from childhood; and I sincerely believe that the result is not "purely" a work for children. Thanks to the signing sessions in festivals and book fairs, I have understood that this Peter and the wolf is similar to railway modelling: parents like it to be shared with their children. Well, I do not dislike this idea at all.

The end that Prokofief wrote for the story was very advanced at that time; as the wolf ended up in a zoo. This was a very progressive proposal in those days. I believed that at the end of 20th Century, with new sensitivities and problems regarding Nature and ecosystem, the message could be "updated"; and I allowed myself to alter the end.