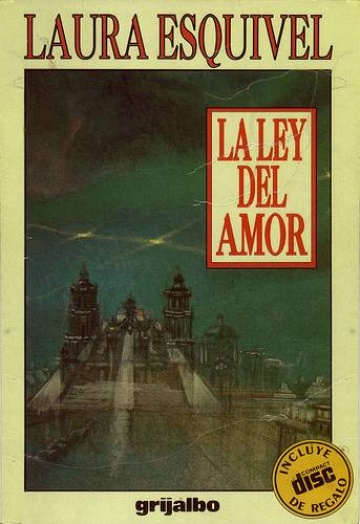 "The Law of Love"

Guillermo del Toro called me one night late. We did not know personally each other, we expressed mutual admiration for one another (I had watched Cronos and I had loved it) and he told me he had a writer friend who would like me to make a comic to be included in her second novel. A film had been made from the first one: Like water for chocolate. The writer was called Laura Esquivel. I had also watched that film myself and read the novel, and I liked them very much. But I told Guillermo about my problems to work with other´s stories. He answered me that, once the contact had been established, it would be better if she spoke to me and explained me the project. And so it was, Laura insisted on explaining live to me; she invited me to go to Mexico so that I could "understand" what we were expected to tell in that story. The first dinner we had together was enough for her to persuade me. My staying in Mexico, accompanied by her and Víctor, her assistant in those days; was unforgettable. One year later, having the work nearly finished; Laura came to A Coruña to put the final touches to the book. We made some presentations together, and we haven´t met again. The novel was entitled The Law of Love and includes a comic in six chapters of eight pages in which I tell in images, without texts, a part of the story.

Laura made me draw something I would never have depicted on my own initiative and to which I was so reluctant as I could: some men dying by impalement.