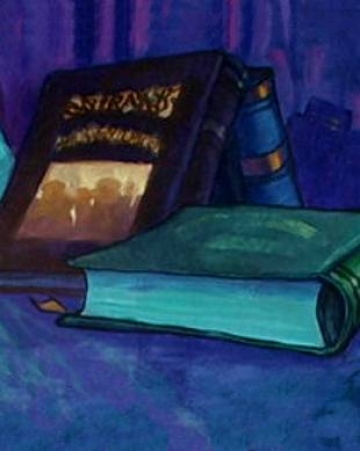 Within the "Bibliotecas Ilustradas" (Ilustrated Libraries) campaign, set off by the Regional Ministry of Culture of Galician government (2008); I was asked to make a mural for the Rialeda library, in Oleiros; a municipalty that borders on A Coruña. The building is a magnificent bourgeois small palace from the beginning of the 20th century; work by Rafael González Villar.

The mural is made with acrylics on "MD" fibreboard, and takes a large arch bigger than 4 metres up. It is located in the children´s section of the library.