Xabarín undoubtedly deserves a special chapter in my career. In 1994, a new broadcast began in Televisión de Galicia, a Galician Television. It was addressed to the child and juvenile audience, and it would include animated series and own production slots. A very intense and varied musical activity would be developed within Xabarín Club (especially the CDs collection, the video clips, and the Xabaxiras or Xabarín´s tours), having nearly every band and musician in the Galician (and Portuguese) pop rock from those years collaborating with the slot. Around 1998, the club had 100,000 members (and a great number of "pretenders" who did not fulfil with the indispensable requirement of being under 18 years old).

I have been updating the Xabarín´s image since then. And I have continuously been making cards, badges, t-shirts, posters, CD covers... for the club, too. Having the possibility of having done all this is a real proud for me. 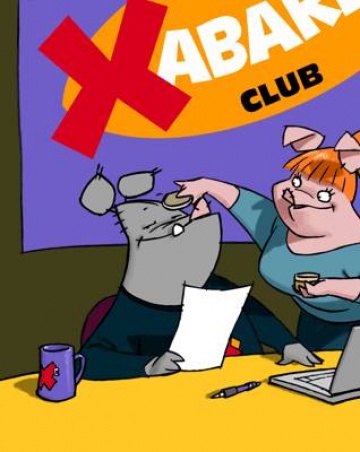 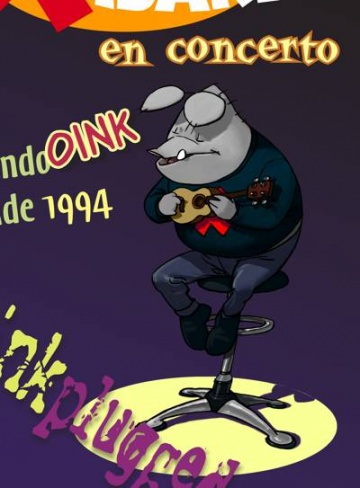 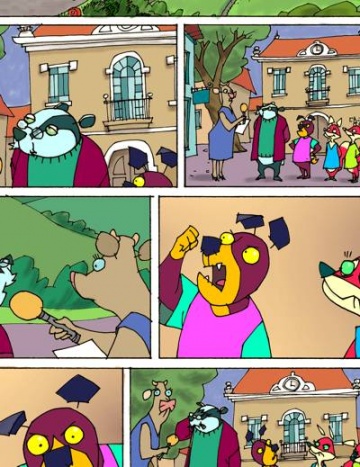 "Os Vixilantes do Camiño / the comic" 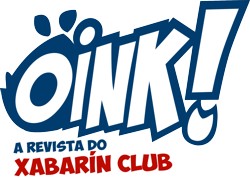