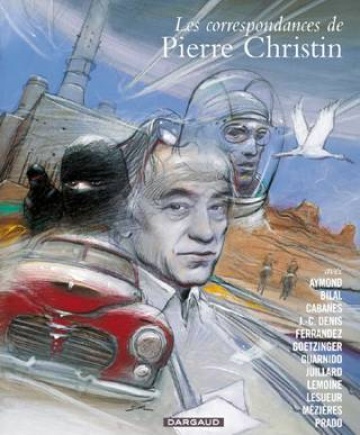 Pierre Christin, scriptwriters master, made a collection of books entitled "Les correspondances of Pierre Christin." In August 2002, he proposed me to do one of these books locating the story in the Atlantic with him. The Prestige sank in front of the Galician coast on 13th November that year. At the beginning of 2003, Pierre had already sent me two versions of a spendid story. I got mixed up with the book and was unable to finish it until 2008. Unforgivable. So the collection was about to be ended without "Marée Noire," which is the title of the story, being published.

Dargaud has published a comprehensive edition of the serial with extracts of all the other stories and the complete "Marée Noire" in France; as well as the illustrations by Juanjo Guarnido, Annie Goetzinger, and André Juillard.

Two of the illustrations that, due to design reasons, are split in the book; are now included complete in the gallery.