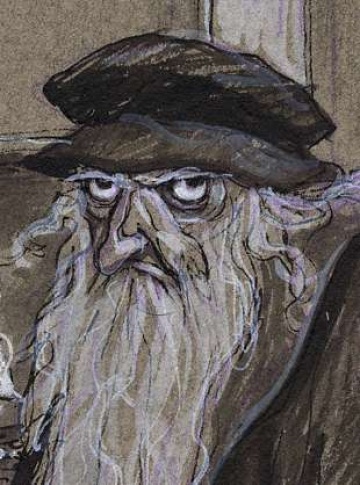 I thought it had been two years ago, maybe three... But it was in 2004 when Ángel de la Calle (Modotti, una mujer del siglo XX) proposed me collaborating in the thematic book that the Semana Negra (literally Black Week) publishes every year. The topic is choosen in the most arbitrary way we can imagine (I like the system...) And that year it was The colleague Leonardo. For certain, Mr. Da Vinci might have had more than a "black week" in his hectic life. But, beyond this extent, the relation that may be between this genius and the best festival of black novel in the planet escapes my notice.

Now, let me add an erudite touch: Leonardo hastily left Italy (which didn´t exist like that) in his last years. And he took refuge in France, in Amboise; received by Francis I. The monarch offered him the chateau de Le Clos Lucé, a residence, and magnificent gardens at 500 m. far from the royal palace. It is said that there is an underground pass that links the house with the palace, through which Francis used to visit the master any time of the day.

As it is known, Leonardo travelled "light." But, among his belongings, he carried La Gioconda, which already stayed in France as a resident holding a citizenship card.

The text is in Spanish and, although it´s been reduced; I believe it is legible.